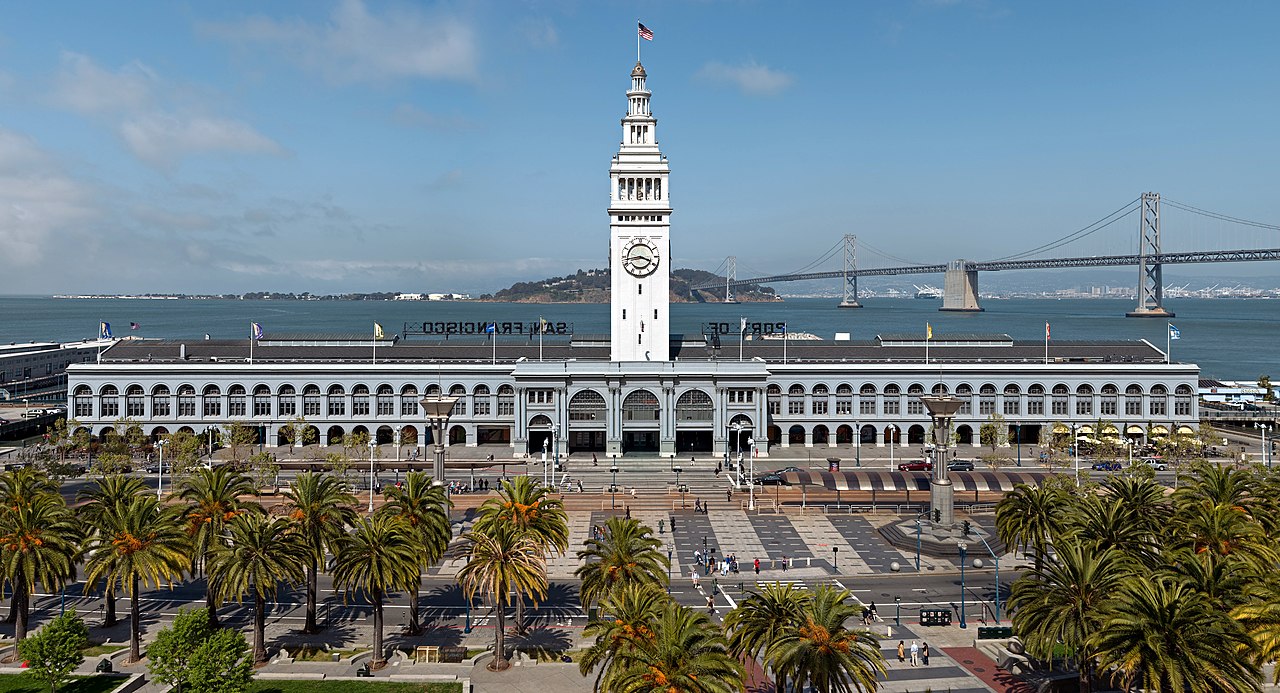 The ferry building, designed in 1892 by American architect A. Page Brown in the Beaux-Arts style, was completed in 1898. Up until that time, the city of San Francisco had never undertaken a project that large.

It features a clock tower 245 feet in height with four clock dials, each 22 feet in diameter. It’s so big that it can be seen from Market Street, a major thoroughfare of San Francisco, California.

In the 1950s, following the construction of bridges to carry traffic from the north and east bays and the conversion of many streetcar routes to bus routes, the ferry building saw a decline in use. As a result, it was adapted to primarily office use.

However, in 1992, San Francisco began the creation of a port development plan which would revitalize the ferry building as a tourist and ferry transit destination. The restored ferry building was reopened in 2003 and renamed to the Ferry Building Marketplace. It now featured restaurants, merchants and shops, and an outdoor farmers market.

Ferry service to and from the San Francisco Ferry Building

Gate B is used for the Vallejo Ferry, operated by San Francisco Bay Ferry, and the Treasure Island Ferry.

Gate C and Gate D are used for the Larkspur Ferry, Sausalito Ferry and Tiburon Ferry, all operated by Golden Gate Ferry.

The Ferry Plaza Farmers Market, operated by Foodwise, is a California certified farmers market open year round on Tuesday, Thursday and Saturday.

On Tuesday and Thursday the farmers market is open from 10am to 2pm and take place in front of the ferry building.

On Saturday the market is open from 8am to 2pm and takes place in both the front and back of the ferry building. Upwards of 30,000 people attend the farmers market on Saturday.

Shops and merchants at the San Francisco Ferry Building

The San Francisco Ferry Building contains various shops and merchants such as: